Many saltwater aquarists have concerns about starting a reef tank with marine corals. Their care requirements can be very complex. Corals used to be almost impossible to keep alive for any length of time in a marine aquarium but over time and with many successful and failed experiments along the way, the knowledge, products, and information are now available, so that many corals can now be successfully kept in even mini, micro, and nano aquariums. Some are now considered "easy" to maintain while many other corals are still deemed difficult to nearly impossible for the average reef keeper. 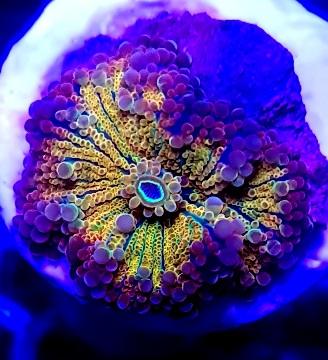 Mushroom Corals are soft corals they have no exoskeleton. They grow on rock work in the aquarium and are much more forgiving with parameter swings even some tend to do much better in slightly higher phosphate and Nitrate conditions.

Mushrooms tend not to grow well in bright lights or high current so for best growth and reproduction, Mushroom Corals are best kept under lower lighting conditions and moderate water movement so placement is best in the lower part of the aquarium but plenty of room should be left between them and other corals to prevent stinging. 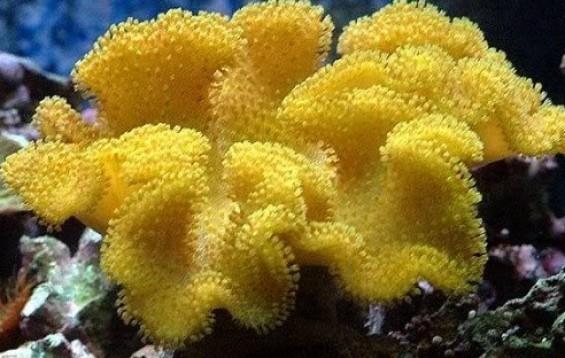 Commonly known as Leather Corals, these are excellent saltwater aquarium starter corals, being adaptable to most aquarium conditions and parameter swings. They can get very large very quick so these tend to be a better choice for the larger aquariums.

They prefer moderate turbulent water flow and will adapt to most lighting conditions. Placement can be pretty much anywhere in the aquarium although I would bear in mind once they get bigger they can shadow corals placed below them, its also best to leave plenty of space between as they do have the ability to sting. 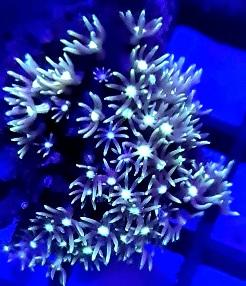 These are very good starter corals, commonly known as Star Polyps, Green Star Polyps, and Daisy Polyps, Its a very fast spreading coral so bear this in mind when you are placing it in the aquarium it will out grow most other corals. This is another very tolerant coral that will survive in many different conditions and parameter swings.

They are tolerant of both high and low-level lighting as well as a different range of water currents. Placement really can be anywhere in the aquarium one of the more common places I see is along the aquarium back wall giving it loads of space to grow without it taking over other coral placements. 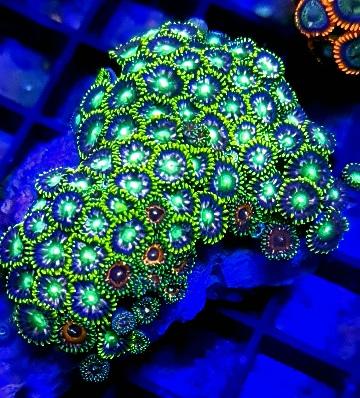 Zoanthids are very colorful, being shades of green and brown typically, but sometimes fluorescent red, orange, pink, lavender, blue, yellow, or gray, and usually two-toned. They form colonies of densely crowded polyps attached in a common tissue at the base. While these corals prefer bright light, they are tolerant of lower light and prefer moderate to strong current, making them a good starter coral.

These aggressive corals have a high reproductive rate and can spread rapidly in an aquarium. Some species in this genus contain a strong neurotoxin (palytoxin), which can affect humans. Wear gloves when handling them.

Common names of these corals include Closed Brain Coral, Dented Brain Coral, Meat Coral, Brain Coral, and Pacific Cactus Coral. These corals are highly successful in captivity being very tolerant of different light and current conditions but preferring bright, indirect light and moderate to low currents. These corals are sensitive to the presence of some soft corals, such as Xenia and Litophyton and are very reactive to food (Zooplankton, Phytoplankton, and algae) in the water, extending their tentacles when food is detected.

Common names for these corals include Moon Coral, Pineapple Coral, Brain Coral, and Closed Brain Coral. These corals prefer bright lights; however, they will tolerate much lower levels. Preferring a gentle current, some Favites will attach to a substrate if not moved for several months. Favites can be fed and seem to appreciate a squirt or two of brine shrimp at night.

Care should be taken with the placement of these corals as they can send out transparent sweeper tentacles at night to deter other corals from growing near them. They are considered by many to be easier coral to keep.

Common names for these corals include Honeycomb Coral, Star Coral, Wreath Coral, Moon Coral, Pineapple Coral, Brain Coral, and Closed Brain Coral. Considered a good coral for novices, these corals thrive under strong water current and bright lighting. They are usually rounded or lobed, similar in appearance to the Favites corals. The tentacles are small and usually retracted during the day.

In the photo here, note the sweepers protruding from the coral. These are poisonous and are used for both defense and offense.

Common names for these corals include Fox Coral, Jasmine Coral, and Ridge Corals. These corals prefer a gentle current, calcifying and expanding best in dim to moderate light. Specimens in this genus do not produce feeding tentacles and therefore receive their nutrition from absorption. They have a very delicate skeleton structure that is easily broken.

It does best without heavy skimming or highly efficient water filtration, and it's considered an easy coral to keep.

Common names for these corals include Lobed Brain Coral, Flat Brain Coral, Open Brain Coral, Meat Coral, Modern Coral, and Large Flower Coral. These stony corals do best with bright direct light and calm currents; however, if adequate light and minimal water movement are provided, it will grow well in a tank.

Lobophyllia is not normally aggressive; however, there have been reports of sweeper tentacles being formed when they come in contact with other corals.

Watch Now: How to Set Up a Saltwater Fish Tank

Colorful fishes and corals in the aquarium

How to Maintain a Saltwater Aquarium

Reef aquarium in the dark

How to Feed Corals in a Saltwater Aquarium

Instructions for Setting Up a Saltwater Aquarium

Lighting for a Saltwater Aquarium

The 4 Basic Needs of Corals